When people handle garden soils, compost and potting mixes there is a potential risk of contracting legionellosis, or Legionnaire’s Disease.  Legionellosis is a respiratory (lung) infection, caused by the Legionella bacteria.  The severity of legionellosis can range from a relatively mild respiratory non-pneumonic illness (Pontiac fever) to pneumonia (Legionnaires’ disease) which left untreated may be fatal.

Legionella bacteria occurs naturally in the environment and are  common in aquatic environments, and soil, including potting mixes and compost and has been isolated from both these environments.   Legionella spp appear to infect humans by inhalation  of dust or liquid droplets contaminated with the bacteria.

There are currently at least 50 different Legionella species which are found worldwide.  The predominant species responsible for cases of legionellosis in New Zealand are L. pneumophila and L. longbeachae.  Legionella pneumophilia has been responsible for illnesses linked to engineered water systems such as hot water systems and cooling towers used in air conditioning systems of buildings.  On the other hand human exposure to Legionella longbeachae, has been linked to the inhalation of contaminated dust and aerosols from garden soils, potting mix or composts.

Few who come into contact with the bacteria become sick and symptoms will vary from person to person.  To date there have been no documented cases of person-to person transmission of the bacteria.  If people become infected with Legionella, they may get flu-like symptoms that can range from mild to severe.  Those in good health may experience little more than mild flu-like symptoms.  Sometimes however, it can be life-threatening, especially to people who have health factors that increase their susceptibility. Those most at risk include smokers, the elderly and those with existing respiratory illnesses and/or weakened immune systems.

If left untreated, the disease can progress to Legionnaire’s disease, and require hospitalisation.  In severe cases, death has resulted from contracting this disease. The period between exposure and onset of illness for Legionnaire’s Disease can vary between 2-14 days.  For Pontiac Fever, the onset of illness usually occurs between 5 hours to three days.  People who develop a flu-like illness which is worsening should see a doctor.

Our Consumer Advice Sheet provides some simple and natural steps that all gardeners can take to reduce risk while continuing to enjoy their garden, our NZPPI Member Advisory is intended to provide guidance for industry businesses on their workplace safety and health responsibilities and how they might prepare for dealing with public inquiries and raise awareness. 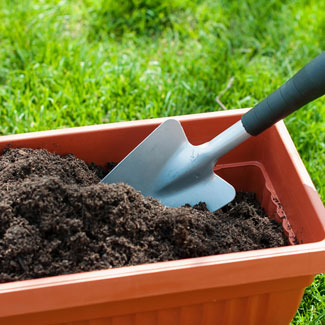 References - more information is available from:

Nursery of the Year

Why buy from an FMS accredited business?

The Riparian Planner - an opportunty for nurseries