Protecting our nurseries and industry from biosecurity hazards

It’s been startling to see how fast the Plant Producers Biosecurity Scheme (PPBS) has come together over the past year.

The draft standard has been written and is now ready to trial in nurseries. In the early part of 2019, we will run some pilot audits in 10 nurseries.

The PPBS is a biosecurity management scheme for the New Zealand nursery industry. It has been developed by MPI and the horticulture industry to improve plant hygiene practices in the sector.

It includes a general hygiene standard for all nurseries and species, plus add on modules for myrtle rust and kauri dieback.

The programme will be ready for launch mid-year.

Building a scheme like this is not easy. It has been an all-in effort by MPI and industry bodies to get it to this stage.

The scheme applies to any type of nursery. That’s why the initial part of the work took so long. The sector is diverse and complex so bringing everyone on board and getting the foundations in place has been a significant task.

Now we are getting closer to launch date, over the next few weeks, nurseries will start to see more information about the scheme.

The PPBS is for all nurseries across all sectors, big and small, not-for-profit and commercial.

This is a collaborative project that has been driven by MPI and NZPPI. But it has been supported by the horticulture and forestry sectors.

We are proud of what has been achieved.

We would like to thank everyone that has been involved, including those of you that attended the workshops, participated in the working group and provided feedback.

The top themes that emerged from the PPBS June/July consultation were:

Thank you to all those (around 120) who gave their time to demonstrate their interest in the scheme and commitment to the industry.
NZPPI has strong support for its work to improve industry biosecurity risk management and preparedness, and work to prevent producers and industry being beset by a biosecurity event.

Your feedback also provided strong leads on how to improve the draft proposals and helped identify some of the gaps and new opportunities in our work to date.

A summary of the feedback - and what we’ve done, or will do, in response - can be downloaded here.

Work is underway on the scheme design and associated standards.  This work includes developing a pilot programme among nurseries to field test the proposed scheme as it evolves.

We’re still open to feedback on design issues – please contact us with your ideas and feedback to john@nzppi.co.nz

New Zealand plant producers are driving development of an industry biosecurity scheme to detect pests and pathogens and prevent their spread.

Over the past six months, an NZPPI team has worked with industry members, MPI and other stakeholders to design a plant production biosecurity standard and manual.

The proposal is now ready for industry consultation and feedback.

We seek your feedback on the design proposal, and several specific issues, on or before Friday 6 July.

This month we’ll host several meetings for industry members to gather and provide feedback. Our team is keen to understand your thoughts about the proposed Scheme and collaborate with you to develop a common sense, workable solution.
Please join us on:

All meetings run from 11am to 3pm and include a light lunch.  Please RSVP to Frances Palmer, frances@nzppi.co.nz.

Experience early in the myrtle rust response underscored the crucial role that plant producers play in early detection and slowing the spread following a pest incursion. Subsequent discussions identified the opportunity to develop a systematic approach to plant production industry biosecurity risk management.  Late in 2017, and under the auspices of the myrtle rust response, MPI contracted NZPPI to design a Plant Production Biosecurity Scheme (PPBS).

The proposed Scheme is intended to increase the awareness among plant producers of the risks that exotic and endemic pests pose to their nursery and grow producers’ adoption of good biosecurity practice to help manage the risk of pest and disease spread. By protecting their nurseries, they also protect customers, the environment and the New Zealand economy.

The Scheme is a step change in producer and industry biosecurity readiness and capability. It will build and broaden industry biosecurity engagement and harness the critical skills and observations that exist in the plant production industry to strengthen biosecurity - and the crucial biosecurity team of 4.7 million New Zealanders. The development of this scheme, and the collaboration among producers, MPI and other plant-based sectors, is a strong illustration of this partnership progressing shared biosecurity interests, further and strongly illustrated through MPI funding for the project.

Work on the scheme design and proposal is well underway.  To date, it is focused on biosecurity hazards that impact a wide range of producers and nursery types and how we can work together to improve nursery and industry biosecurity risk management.   The NZPPI team working on this project is gathering data on:

The work to design the scheme has been supported by a research stocktake by Scion and Plant and Food Research (May 2018). The aim of the stocktake (available here) is to support science-based design and provide evidence to inform biosecurity related nursery best practice.  As part of the stocktake, a web-based and searchable nursery production biosecurity database will be created, complete with abstracts and links to appropriate reference materials.  We’ll bring you more details in the coming weeks and months.

We’re under “increasing pressure from terrestrial and aquatic pests, weeds and diseases that threaten the country's ecosystems and economy”. So said a 2015 research paper – read more about this and our work on the biosecurity scheme here.

NZPPI expects to have proposals ready for industry consultation and feedback late in May. In June, we’ll host several meetings for industry members to gather and provide feedback so that the team can understand your thoughts about the proposed Scheme and collaborate with you to develop a common sense, workable solution.  Please join us on:

All meetings run from 11am to 3pm and include a light lunch.

We need your help to build a scheme which works and is workable; focuses on good generic biosecurity practice; reduces the risk of nurseries being infested by high-risk organisms and, in turn, spreading these through plant trade; and, ensures a plant producer is still able to safely grow and move plants around New Zealand.

New Zealand plant producers will drive development of an industry biosecurity scheme to detect pests and diseases and prevent their spread.

The Ministry for Primary Industries (MPI) has commissioned the New Zealand Plant Producers Incorporated (NZPPI) to lead development of the scheme, placing plant producers at the forefront of New Zealand’s biosecurity efforts.

Over the next six months, NZPPI will work with industry, MPI and other stakeholders to design a plant production biosecurity standard and manual. This consultative process will determine key considerations such as how the scheme will run and how to upskill industry.

Everyone knows an incursion, depending on the pest in question, would be devastating. We want to know what you would like done to safeguard your livelihood against practices which put all our nursery operations at risk. To that end, a focus group has been formed to help us access a wide variety of views but we will also hold workshops in coming months to ensure plant producers can have questions answered and we can be made aware of any concerns.

The NZPPI team working on this project will seek to understand your thoughts about the scheme and collaborate with you to develop a common sense, workable solution. We want to build a scheme which works and is workable; that focuses on good generic biosecurity practice; reduces the risk of spreading myrtle rust and other high-risk organisms through plant trade; and, ensures a plant producer is still able to safely move plants.

The project recognises the crucial role that plant producers and colleagues in supply chains have in the early detection of new pests and diseases. Plant producers served as New Zealand’s early warning system in last years’ myrtle rust incursion and have proved vital in helping to limit the spread of pests and diseases. The industry’s rapid adoption of NZPPI’s myrtle rust management protocols helped keep plants moving and prevented further rust spread through the supply chain.  To date there have been no further infections detected in nurseries or among supply chain members.

Industry’s contribution to the myrtle rust response was applauded by Government. This scheme will further strengthen plant producers’ contribution in keeping New Zealand free of unwanted pests and diseases. It will help with the long-term management of myrtle rust and other high-risk organisms, and support a professional approach to biosecurity across the plant production industry.

The scheme will harness the critical skills, observations and enthusiasm within the industry to complement the work being done to educate the biosecurity team of 4.7 million New Zealanders.

Expected benefits of this project include:

In the coming months, NZPPI will have more details on the project schedule and how industry members can provide input regarding the design of the scheme.

A 2015 publication addressing New Zealand pest management, concluded that "New Zealand is under increasing pressure from terrestrial and aquatic pests, weeds and diseases that threaten the country's ecosystems and economy. Ongoing improvement in existing pest management methodologies and novel approaches are required.” It continued: “Surveillance and pest monitoring are needed to increase the chances of early interception of invasive species or to confirm their eradication"

Plant producers are at the frontline in this battle.  New Zealand’s experienced pest incursions in increasing numbers over the last 50 years as international trade and travel have grown. Phytophthora cinnamomi; Pythium and Fusarium species are ubiquitous. New Zealand plant producers manage these, and other endemic pests, daily.

These and others present a critical risk to plant producers, the horticultural industry, the environment and the economy.

The Plant Production Biosecurity Scheme (PPBS) provides a framework to formalise and recognise work plant producers currently undertake to manage pests.  It will help them identify, control, manage or avoid pest and biosecurity hazards in their nursery and production processes, protecting the producer, their customers, the environment and the New Zealand economy from the inadvertent introduction and dispersal of a pest.

The opportunity for a comprehensive biosecurity scheme crystallised through the early stages of 2017’s myrtle rust response where plant producers played a critical role in early detection and lessening the likelihood of myrtle rust being inadvertently spread with nursery stock.

STAGE #1 - 2018 - complete
Scope & System Development - Development of the Core Standard and Checklist and Myrtle Rust Specific Module, a research stocktake and industry consultation on these through to the production of the nursery-pilot-ready scheme.

STAGE #3 - 2020
Implementation
The project is now gearing up for wider implementation later in 2020.  Work before then includes:

In 2018 an NZPPI-led team worked and consulted with plant producers, plant buyers, horticulture and forestry sectors, MPI and other stakeholders to design the Plant Production Biosecurity Scheme (PPBS).

In 2019 the scheme and audit process was put to the test a pilot programme. Nineteen producers worked hard and provided valuable insight and feedback contributing greatly to the refinement of the PPBS making it more relevant and workable among a wide range of nursery types. It's now ready for wider adoption in 2020.  Parallel work included building guidance materials, phytophthora and kauri dieback specific modules, exploring ownership and governance options and growing plant buyer support.

You can also keep up with the play on this webpage and send feedback on any aspect of the scheme and our work to John Liddle, john@nzppi.co.nz. 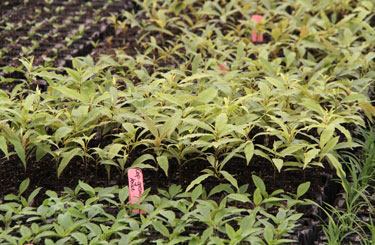 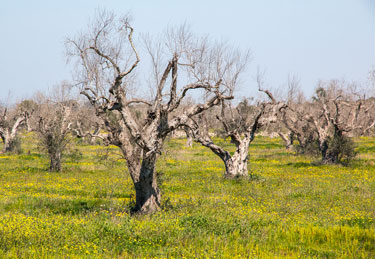 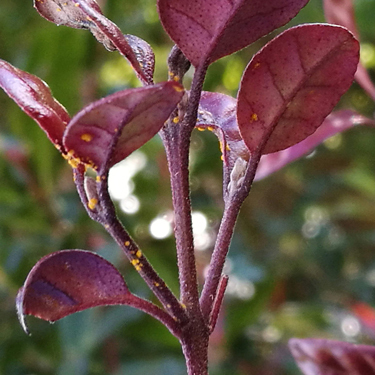